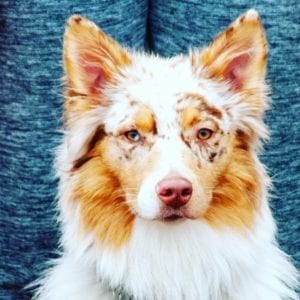 Start your puppy training right away and set yourself up for success. 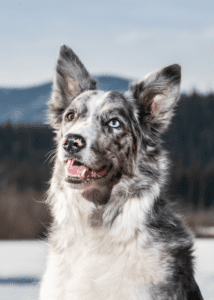 Continue with training in the first 1-2 years and learn how to train well.

Build your dog's knowledge, confidence and ability while learning yourself. 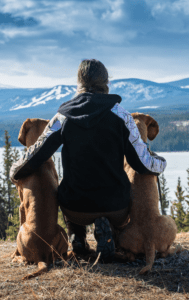 Want more? Why not get into dog sports and have a sophisticated pet?

Take the Canine Good Neighbour Test and celebrate your success! 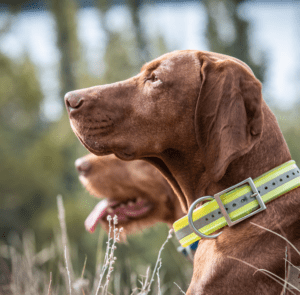 We also facilitate and host seminars, send us a message!

GET YOUR START TODAY

JUST SEND US AN INTAKE FORM, IT'S THAT EASY!

was founded in 1992 Whitehorse Yukon, by Erika Rozsa Atkinson. We built this school on the love of dogs, the passion for making their lives better and helping their owners develop a relationship they never thought possible. Our values and principles stand the test of time. We are an innovative private dog training school using a fusion-method of co-operational based training systems which build communication and an exceptional relationship. Here our students find friendly committed support, the highest standard of education and a real canine community. 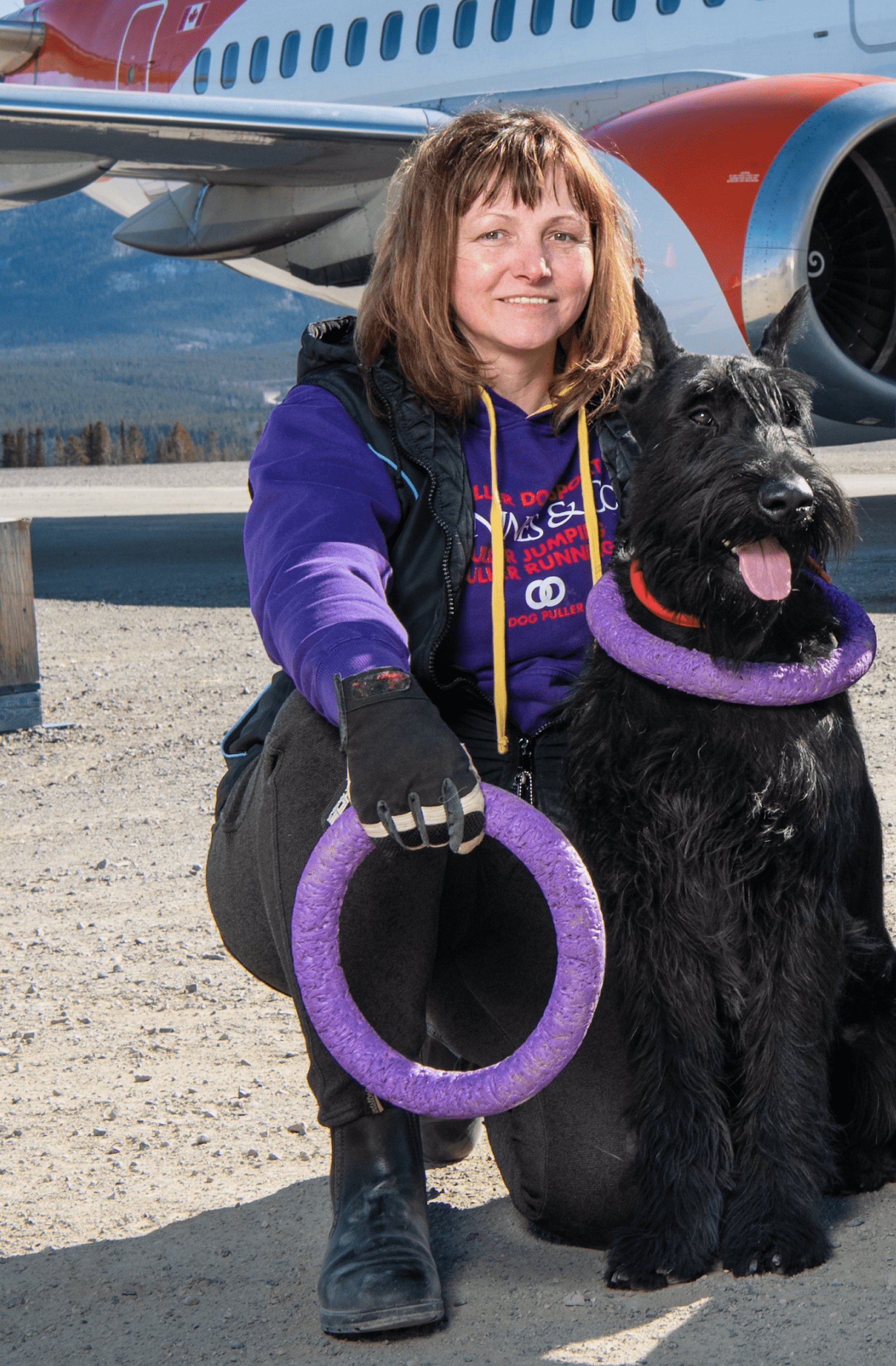 Like many young people, Erika has been passionate about dogs since her childhood. She spent many summers on her family farm caring for, and observing the animals. When the shepherds went out into their pasture she would follow, and learn about working dogs and livestock. She had many pets when she was young, including: rescue dogs, birds, and cats.

Erika used to attend training sessions by herself, watching from the sidelines, while she saved up money to buy her first Giant Schnauzer. It took her three years. Her diligent training practice, and accomplishments in sport dog training (IPO), allowed her to become an FCI/ WUSV/MEOE Certified Training Director. She received her first Diploma in 1987 in Esztergom, Hungary, and later recertified her credentials again in 2000 and 2013.

After moving to Canada at the age of 20, she settled down in Whitehorse. Canines & Company was founded 4 years later, in 1992, and has been in operation since. The North was very different for a trainer coming from Central Europe. Working in such an isolated place was challenging, and so Erika reached out to the international training experts to further her education. After an informative 7 years of learning, she began to create a new training system for dogs in the North, and developed the structure for her school programs. She was particularly successful with young puppies, rescue dogs, and sporting dogs. Her common sense, clear and equitable ways, compassion for owners and their dogs -- these became the abilities she acquired by never giving up on anyone. She learned practically, on the field from the dogs, not from books, and has mentored thousands of students who have since moved on to become very happy dog owners, breeders, trainers, and competitive / service dog handlers.

Her training programs were developed over 20 years giving her institute a distinct trademark of results, consistency, quality, and of students achieving their personal goals from companion pets to competitions to service dogs. Indoor and outdoor programs roll with the seasons giving students year-round access to work with their dogs, and enjoy a large variety of activities and courses. Her students were inspired to always learn, work harder than average, challenge themselves, and strive to create a stronger bond with their pet(s) through personal growth and leadership. Her vision to certify highly skilled FCI trainers who are willing to go the extra mile for their students continues to this day. There are several training schools (who got their start at Canines & Company) operating in the Yukon, along with a franchised Canines & Co. in the Okanagan, BC. Under her mentorship numerous trainers have been, and will be certified.

Giving back to her community is also a passionate topic for Erika, who volunteers her time, resources and efforts to assist the local shelters, schools, and public events. She advocated tirelessly for an outdoor dog training field, the first ever Whitehorse off-leash dog park, and fought alongside her community to change the bylaws allowing the Schutzhund sport to take root. She founded the Yukon Schutzhund Association, the Lyrical Hounds (now known as Yukon K9 Club), and PREDATORS Dog Puller Sport Athletic League, and served as the President for all of them. Erika played an integral role in the opening of the Canine Bluffs Off Leash Park, and the first Versatile Hunting Dog Training Seminar held in Whitehorse. She even helped with opening other local businesses such as On Point Hunting Dog Training and Nutrition, Classy Canines Grooming, and Czifra Studio Pet Portraits. She also brought the Dog PULLER interactive dog training concept and DOG PULLER SPORT to Canada, and became the Canada’s first representative, referee, and coach.

Erika travels internationally instructing at workshops, teaching referees and coaches, as well as setting up Dog PULLER Training Schools and championships. She works closely with her trainers and business affiliates, and continues delivering high quality training to Northern Canada. Her path is perhaps a little different, in that it’s not so much about listing long competition titles, or show ring winnings. Instead of accolades, her goal has always been for her students to succeed, achieve, and accomplish. She is driven by a desire to help people, and their dogs first; although she still firmly believes that testing, and titling dogs is a vital testament to the effectiveness of her training. Erika’s true joy comes from seeing her students succeed on the podium. Her voice champions through dog training, and working with people. Today Canines & Company is an exclusive, and private dog training school with students from around the world.

Erika is married, with two children who also partake in the family business she has built. When she’s not in Whitehorse you can find her teaching around the globe, and spending quality time on her farm with family. Some things never change, she still has many animals: a Giant Schnauzer, a rescued Caucasian Shepherd, two Sarplaninac Shepherds, and a cat named Garlic. 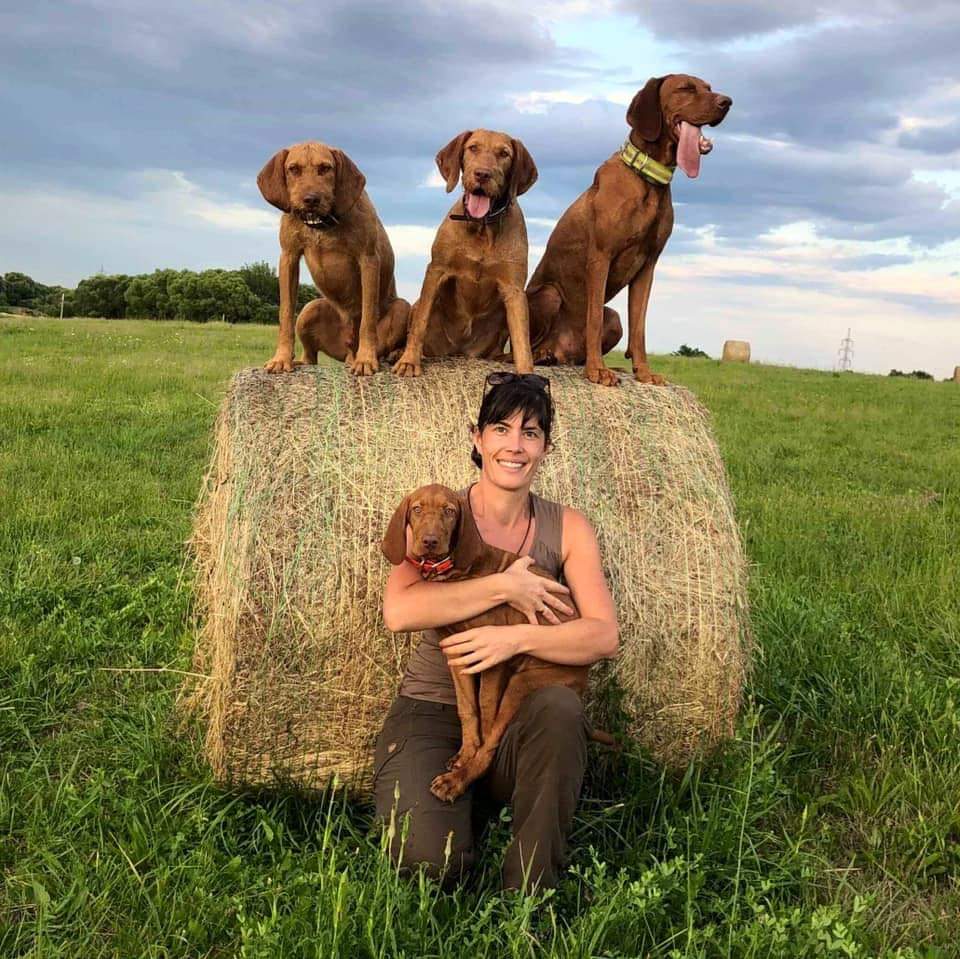 Tanya first attended Canines & Company Dog Obedience School in 2009 with her German Shorthair Pointer, ‘Eva’. Participating in the training program, she was highly effective at training her puppy and became enamoured with the world of canine behaviour.  At that point she became destined to be a dog trainer, specializing in hunting dogs. As a North American Versatile Hunting Dog Association (NAVHDA) member, she assisted with hunting tests and trained with the Arctic Bird Dog Association in Alaska.

Through the experience of obedience and hunting training she was encouraged to seek further mentorship and become a certified trainer. Tanya received her FCI certified training director diploma in 2013 in Miskolc, Hungary and became the youngest certified trainer graduating from Canines & Company. Her drive and dedication is an example to all up and coming trainers mentored at the school. Tanya’s undeniable commitment to training led to the first versatile hunting dog seminar in the Yukon  for the northern hunting dog community.

In 2013 Tanya got her second dog - a Hungarian Wire-haired Vizsla. ‘Szinva’ is from the Hungarian Zöldmáli kennel. He is the first dog of this breed in the Yukon Territory and gives the general public exposure to more hunting dog breeds.

Her goal with Szinva since the day she got him was to make him the first ever Hungarian Wire-haired Vizsla to receive the prestigious title through NAVHDA of Versatile Champion.  In the summer of 2015, Tanya and Szinva were successful again when they received their Utility Test Prize One (at the young age of 2 years he is the youngest HWV to receive this prize in North America) and the coveted invitation to the International Invitational test in Iowa in 2016!

On September 16th, 2016 in small town Iowa, USA,   Zöldmáli Szinva became the first ever of his breed to be honoured with the Versatile Champion title,  making the  history books by earning a maximum score and forever setting the bar very high for the breed.  Her future plans are to continue working and breeding the Hungarian Wire-haired Vizsla to unprecedented levels in work and show in North America.

As a young, ambitious trainer Tanya’s ability to out perform sets the bar high for students and trainers alike.  Her humble hardworking leadership inspires owners to achieve higher results than they originally expected. She is always eager to help and is not afraid to laugh at herself. Being a scientist there is no shortage of analytical thinking and problem solving.

Tanya is looking forward to working with you in the near future and serving your dog’s hunting training, equipment and nutrition needs.

Tanya continues to mentor at the school, teaching and assisting students. She also offers workshops on nutrition and raw feeding and specialized hunting dog training.

Gordon is a full-fledged, born and raised Yukoner who has resided in the North for most of his life. As the eldest son of Founder Erika Rozsa Atkinson, his start with dog training began at an early age. He was practically born into Canines & Company assisting however possible as a child, attending classes as a student, and then later handling the instruction of the classes themselves.

Like his mother, he has a natural affinity for dog training. He was fortunate to be able to gradually learn the trade, and by the age of 9 he was training rescue dogs. His education wasn’t confined to just the school either. He continued to train at home on a daily basis looking after the dogs being boarded there. His first dog was Kelta, a German Shepherd, with whom he attended countless training seminars, working canine demonstrations, and community K9 school visits. He also travelled overseas to expose himself to the amazing world of dogs, and received instruction under several master trainers. As the years went on, his love for German Shepherds never changed. He truly enjoys working with sporting dogs of a high athletic calibre, and he has yet to meet one who can tire him out. Gordon is excellent with difficult dogs and new puppies, and creates a solid foundation of learning right from the start. He excels at helping new owners get on the right track; purposefully training for excellence in obedience, companionship, as well as developing the structured relationship necessary for a happy, healthy, and successful working dog. He represents the next generation of trainers in Canines & Company, and we feel very grateful that he is here to help carry on the family tradition of dog training. 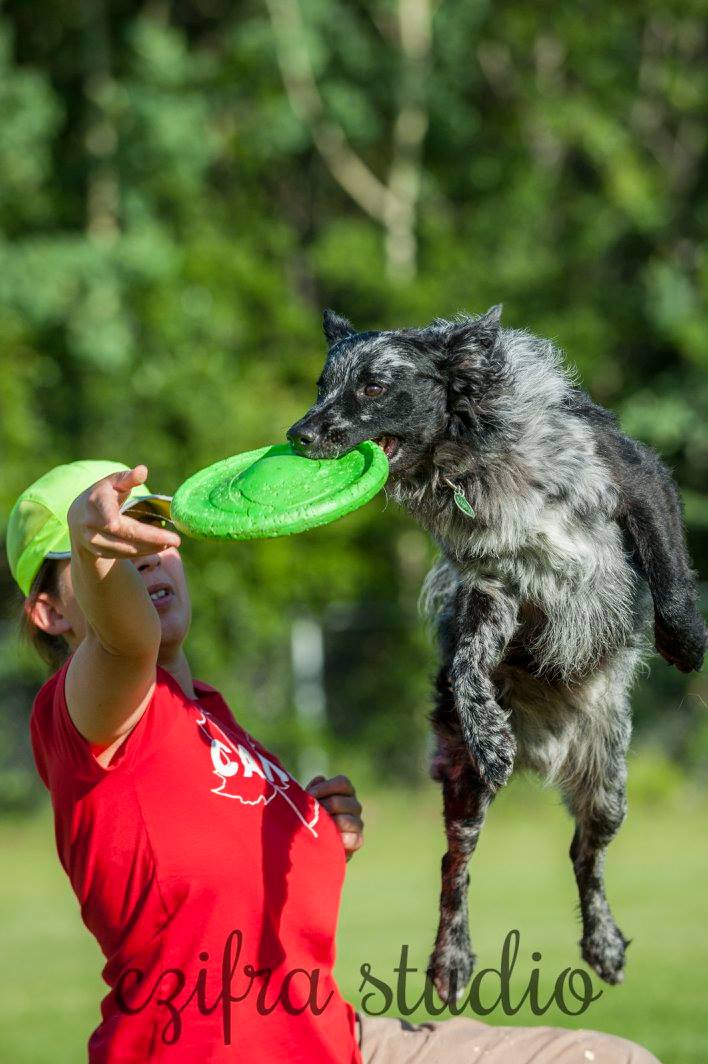 Renata, or Reni as she is often called, came to Canines & Company originally as an enrolling student. Her interest, work ethic, and clever determination allowed her to quickly rise to the top of her class. She is a very capable, and talented young trainer who has an unwavering focus for agility, Dog Puller sport, disk dog and IPO, and photography portraits. Reni fills the training role of teaching play skills, and agility. Her classes are very energetic! Reni works alongside her partner, Gabor Nagy, on special events like agility trials, Dog Puller championships, workshops, and of course: individual indoor/outdoor portraits. Together they own and operate CZIFRA STUDIO Pet Photography. Originally from Hungary, the two of them now live in Whitehorse with their Hungarian Mudi, Szotyi -- who has quite an online following for his stunning portraits, and quirky videos.

You can check out the awesome work they do at the studio on their Facebook page, or book your own private pet photography session!

The third Rozsa member to join the family team, he handles things behind the scenes using technological savviness and modern innovation. Working remotely from Victoria, David comes up with different ways to make it easier to find information, enrol in courses, and improve the functionality of our website. He has lots of projects on the go, and we're very excited to see what he comes up with next! He'd love to hear your suggestions, you can reach out to him via our Contact Us page.

CHECK OUT OUR LATEST SELECTION OF CLASSES 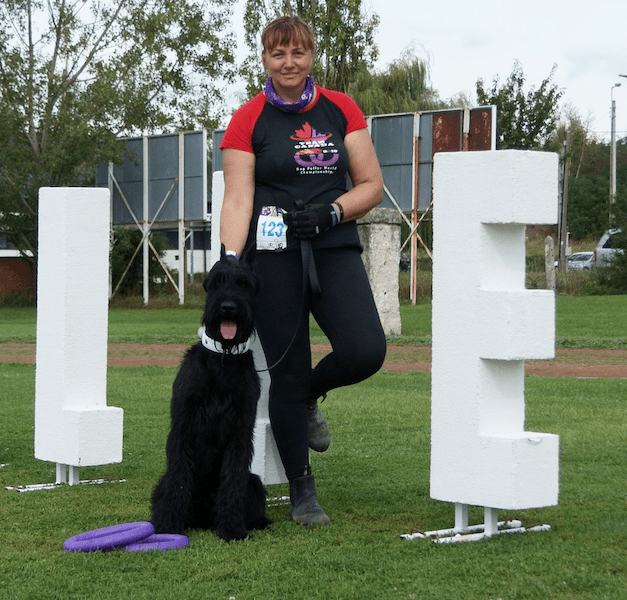 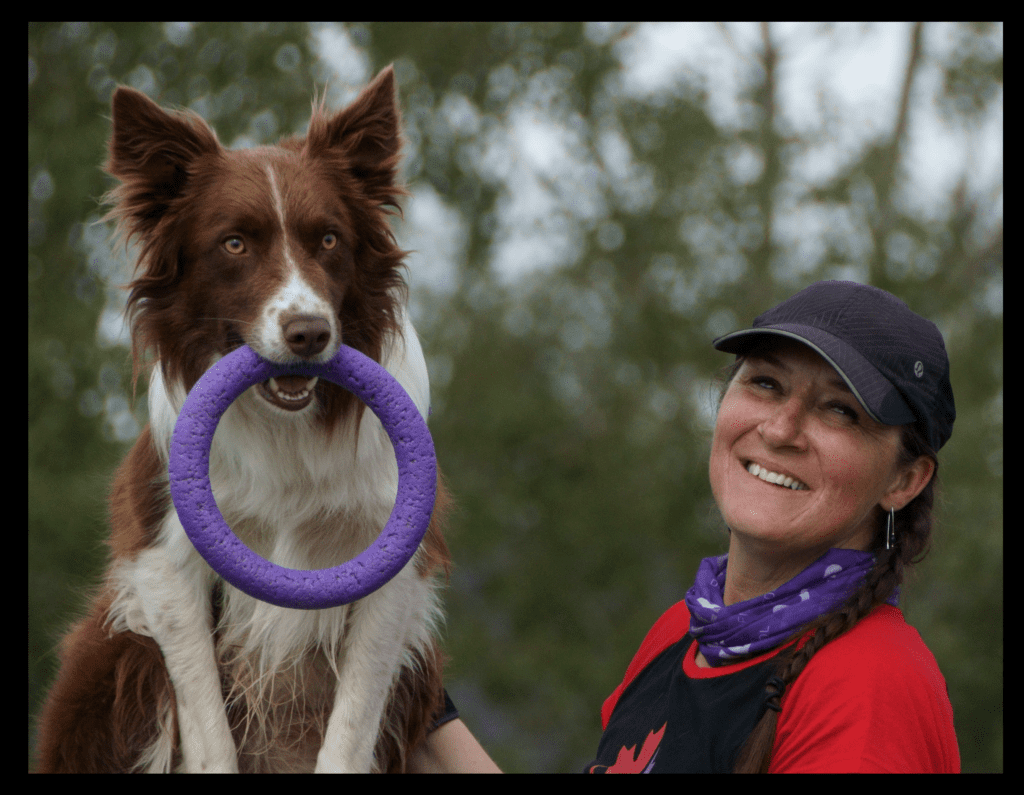 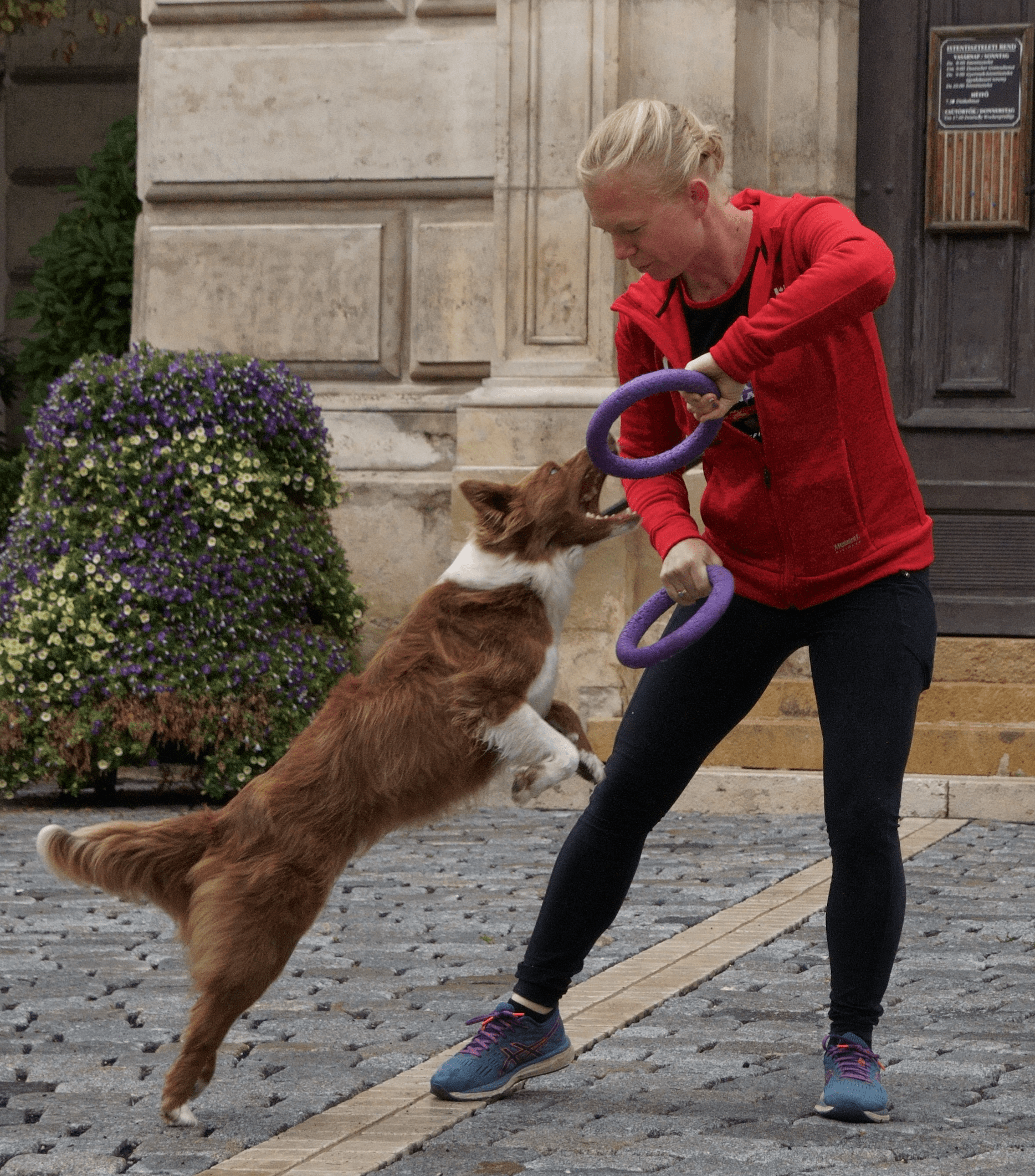